My Clients Experience With Yelp Ads… you will be surprised

If you run an agency and work with local clients, I can bet your clients have been pitched Yelp advertising at some point. When a small business owner hears the word Yelp, most of them have horrible thoughts about the company and you might hear a few curses about their experience. My client recently came to me and was pitched by Yelp. He asked if I should do it. 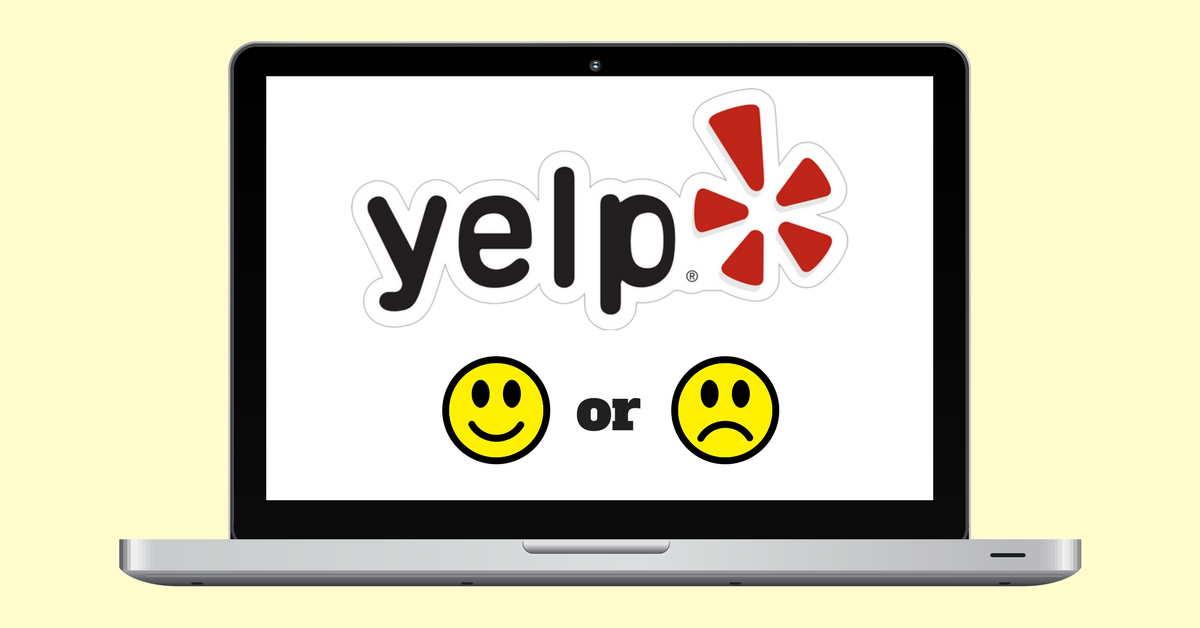 My response was that you need to test a traffic source in order to see if it works. It could be Facebook ads, Google ads, Yelp ads, banner ads, any type of ads. You should put some money aside and give it a good test for a few months. He had a few extra bucks to test and decided to give it a try.

WARNING: This is just one company’s experience with Yelp ads. It could be completely different for your clients. My point of this post is to give you a complete Yelp advertising review and maybe you can get a few helpful tips if your client decides to advertise with Yelp.

If your client hasn’t been pitched by Yelp and you don’t know how their advertising program works, it’s basically a PPC campaign for their platform. So they toss an ad up, and then if someone types in “austin electrician” or “austin dentist” or any business into Yelp, their ad will appear at the top in Yelp. When a user clicks on that ad, it goes to their Yelp profile page.

I’m not big into contracts. With my review software ReviewRail it’s month to month. With client work it’s month to month. I don’t like contracts myself so don’t use them. Yelp does. They lock you into a 12 month contract. When I first spoke with my client about Yelp I told him to get a shorter contract. You don’t need 12 months to see if paid traffic isn’t working. I said shoot for a 3 month contract and at most a 6 month. He’s pretty darn good at bargaining and got it down to 6 months.

The deal they gave him was about $450 per month in ad spend plus a $150/mo coupon for more clicks. So a total of $600/mo would yield around 120 clicks. The cpc (click cost) was around $5.00. Like any type of paid ads the demand in an area will bring up the price. The coupon made me feel a bit weary about the whole deal but hey, if they were going to give him more of an ad spend, great!

The other part of my clients deal was that he would be able to upload a video to his Yelp profile and also he would get some CTA (call to action) buttons. I’ll explain how the video has been somewhat of a nightmare later on.

Tracking was a concern to me and I told him that we need to track this campaign. With a few thousand over a few months, we can get an idea if it’s working.

1. Someone views his Yelp ad on Yelp.
2. That ad brings them to his Yelp profile page.
3. They either take an action or continue on to his website.
4. They can also click to get a quote on his Yelp listing which is an internal Yelp form.

To track phone calls we have a seperate phone number for his Yelp page. For all you SEO pros, I know. The phone number should be consistent with his other citations but it’s fine. We’re using CallRail and we can filter the Yelp number in CallRail to listen to the quality of the calls. The problem is that if someone follows this path:

there is no way to distinguish paid Yelp traffic from organic Yelp traffic. Therefore we do not know if that conversion came from a Yelp ad.

I thought maybe adding a URL parameter would help but it doesn’t. Plus when someone clicks on their site link on their Yelp profile page, they are taken to a Yelp redirect page and then to their site.

My client emailed his Yelp rep and still hasn’t heard back about a solution. I will update this post if we get one.

Included with his campaign was a call to action button on his profile page that directs the user to his website. We are directing them to a landing page created just for Yelp traffic. The CTA button does stand out on his page which is nice but again, it’s hard to track conversions from it. We do have his call tracking number in place and it’s listed on the CTA.

The Request a Quote Button

A paid listing also gets a Request a Quote button on the ad listing which you can see below.

This button goes to a Yelp form (image below) and by default, it will send the same quote request to other paid Yelp advertisers. I don’t like this. I get that it could be beneficial to the user to get a quote from more than one company, but I feel that isn’t fair to the advertiser. The least they could do is by default, deselect the other companies. And then if the potential customer wants more than one quote, they could tick the box to do so.

Also included with his campaign was the ability to add a video to his profile. Cool. I think that’s a nice feature. My client has a great video and all is good.

Except that it took them about 2 months to place the video on his page. It was supposed to go live within a few days after the campaign started. This isn’t a huge deal but it probably takes about 3 minutes to add that function to his account. There was a lot of back and forth with the Yelp rep about adding the video and getting it live.

Is his Yelp marketing campaign working?

This part is going to shock you. Short answer… yes!

From the date of this post the campaign has been running for about 2 months and they have spent around $800. Listening to the quality of their calls they have about 6 decent leads which isn’t bad. What I find interesting is a lot of his current customers use his Yelp page to call his business. I imagine they Google his business, go to his Yelp page since it ranks high and they call his “Yelp” number.

Here is a quick breakdown of his lead cost compared to Adwords in the same exact timeframe:

There is more volume in Adwords but as you can see, Yelp ads aren’t doing all that bad. Plus they get a decent amount of Request a Quote leads. The problem is they are finding these leads aren’t that great. Out of 15-20 requests, they get 1 reply back which sucks.

The LTV of his customer is 10K+ so spending a hundred or even a few hundred on decent leads works for his business. Now if your clients LTV is $500 then Yelp ads might not work and I feel that’s why a lot of companies dislike them and their advertising platform. Plus it’s hard to track so I don’t think people really know what their true ROI is with Yelp ads.

If your client has some extra money to test different online tactics, I would give the Yelp marketing platform a try. Trust me, I don’t like saying that because I’m not the biggest fan of Yelp but if it works, then it’s a good investment. A few tips:

– Talk them down to at most a 6 month contract.
– Setup phone tracking at least. Unfortunately it’s hard to setup any other type of tracking.
– Ask if you can get a coupon thrown in .
– Listen to your calls to see the quality of your leads.

If you have any questions or comments, post them below.

AGENCIES: We are working on an agency white-label solution to our software ReviewRail. You’ll get a discount plus some extra accounts. Click here to learn more and get on the waiting list.

Get Our Popular Weekly Emails To Grow Your Local Business

"Your emails have fantastic content and I read every one of them. Thanks! - Natasha"